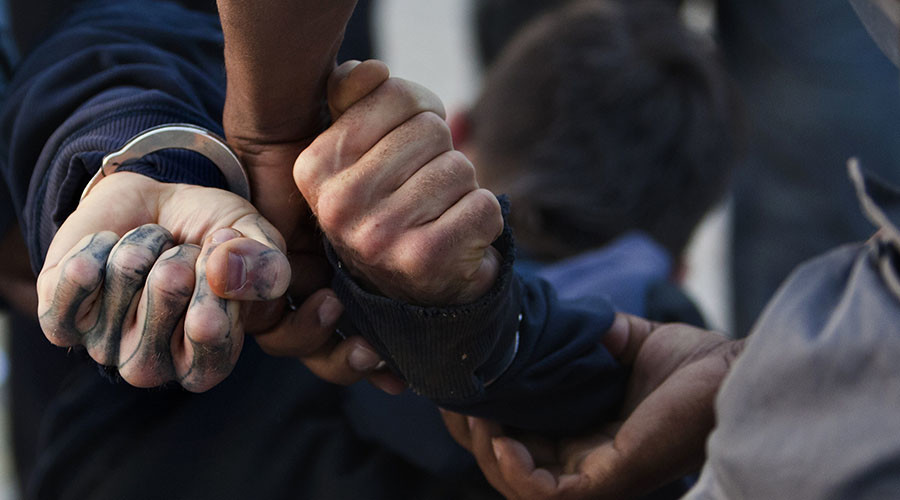 Excellerate Security investigators made a major breakthrough in the early hours of the 22nd of September, when they tracked down and arrested four suspects linked to more than 20 armed robberies at garages and businesses in Durban and surrounding areas.

The operation began at about 10pm last night, shortly after they robbed a garage in Umgeni Road. The arrest of the first three suspects took place just before 1am and about three hours later, the fourth was also arrested.

The suspects in their early- to mid-twenties live in Umlazi, and were wanted on approximately 23/24 cases of armed robbery. Most of their crimes involved holding up and robbing garages and their staff of cash from the tills, cell phones, cigarettes, and other small items such as chocolates. Their most recent robbery occurred last night at the Sasol garage in Umgeni Road, just a few hours before they were arrested. Another occurred last week Friday in Hillcrest.

Excellerate Security Managing Director Derek Lategan said the men would take, on average between R2000 and R10 000 in cash during each robbery, but did not attempt to steal from the safes.

“They basically looked for quick and easy ways to get the money.”

Lategan explained that that the suspects, who cannot be named until they appear in court, have been running rampant through the greater Durban area in recent weeks, becoming increasingly agitated and aggressive, and  terrorizing – although not injuring – their victims at gunpoint during their robberies. However, last week, after still no progress had been made in tracking them down, Excellerate Security investigators started to investigate further.

Lategan explained: “They have been using the same vehicle during all of their crimes, yet this vehicle had not yet been traced. So that was where our investigator started, first tracing it to a car rental company in Durban who reported to have sold the vehicle to someone else.”

They then tracked down the new owner, although the vehicle had not yet been registered in his name. The owner has a car rental company, but on a small scale in Umlazi, and he identified the suspects as the same men who had hired the car from him.

“Excellerate Security Investigators, as well as members of the SAPS Trio Crimes Task Team from Pinetown – met last night as they planned a raid to arrest the suspects. The vehicle owner greatly assisted them by constantly tracking the car via its GPS tracking system.”

The operation took the team all over south Durban, including Umgeni, Folweni, Philani Valley, and then onto the M4 freeway heading south. At one point the suspects even drove past them.

Eventually when the vehicle, in which only three of the four suspects were travelling, was located on the freeway, the team, including an unmarked Excellerate Security vehicle and four SAPS vehicles, gave chase. The suspects ended up colliding with another vehicle after which they were surrounded and arrested.

“Our investigators identified them as the men we have been looking for and also found two firearms in the car. The vehicle was processed and the suspects detained at Brighton Beach Police Station. The team then booked the suspects out of the station and made them point out the fourth suspect,” Lategan said.

The suspects lead them to their accomplice at his home in Umlazi, where he was arrested at about 4am.

“It was really a great team effort in tracking these men down, even though it took our investigators and the SAPS all over South Durban. But a special thanks must go to Lt Colonel Ogle and his team from the Pinetown SAPS’s Trio Crimes Task Team for their assistance,” Lategan said, adding: “I would also like to applaud our investigations team, in particular Senior Excellerate Security Investigator Sheldin Dauberman, for his superb effort in tracking and arresting these dangerous suspects, as well as for all the other cases they are working on and close to cracking. They spend many long days and nights gathering Intel and tracking down suspects so that we may get them off the streets and deal with crime at its source. After all, that is the only way to really stop it – by stopping those responsible.”